THE HISTORY OF HUEYTOWN

Some things you just can’t make up.  History is one of them.  Long before there was a “Hueytown,” pioneers like William Brown brought his family south from Tennessee all the way to “Possum Valley”.  Again, you can’t make this kind of stuff up.  Brown drove a stake where the plant of Westfield now operates and began to clear the land.  A family member named James Jones had arrived in this area just two year’s prior and settled in an area now known as Jones Valley.  In 1816, Old Billy Hawkins followed Brown’s hatchet marks from Tennessee and drove his own stake where Thomas Furniture now stands.  The Rutledges, another pioneer family, followed the Browns and Hawkins to this area and were instrumental in building Bethlehem Church near Dolemite – the first church in Jefferson County.  A community was slowly taking shape.

In 1825 Abner McGee obtained some land in what is now known as Hueytown. Eleven years later Octavius Spencer also bought land in this community. In 1833 Mortimer Jordan purchased thousands of acres from these men and sold it all at auction, between the years of 1842 and 1866.  John Crooks, Sam and Jesse Huey (twins), and Calvin Waldrop all settled in the lower section of Jefferson County near what became known as Toadvine. Joe Waldrop, Calvin’s father, bought land in the Toadvine community in 1823. The Huey brothers bought land on Valley Creek that became the Rock Creek Community.  Calvin Waldrop began to acquire land on Warrior River. He entered a tract of land along Locust Fork in 1839, building a house near Alliance School that still stands today.

The 1st school stood back of the present Pleasant Ridge Church building. Rev. M. M. Wood was one of the 1st teachers and he was also an early pastor of the church. The school was founded in 1902 and served students through 1906. Many of the people of the church taught in the school. Although there were 30 students on roll, sometimes younger brothers and sisters would come with older kids to school.  In 1907 the school was housed in a frame building across the street from the Pleasant Ridge Church. Prof. W. R. Copeland was the principal for several years before becoming Assistant County Superintendent of Schools. Prof. T. M. Fricks succeeded Prof. Copeland, and after his retirement, Mrs. Margaret Davis became the principal, holding this job for almost 40 years.  In 1921, Hueytown High School was founded and Harley G. Gilmore was principal.   In 1967 a new building was erected and began being used by the W. I. Pittman Jr. High School. This building is still in use today, located on Sunrise Blvd. and now called Hueytown Middle School.

The first organized club was the Culture Club. It was founded in 1925. The clubs are all federated by the State Federation of Clubs. A Little League program is sponsored with several teams of youngsters on Brooklane Drive and there is also a community center located there.

Hueytown held its 1st municipal election in January of 1960. Of the 6200 persons in the city, 1371 voted. Majors Nordan was elected Mayor. The Aldermen elected were Joel P. Campbell, Prude Cowen, Sr., R. Graham Wall, Mrs. Myrtle Thompson Durrett, and Claude H. Huey. Hueytown’s validity as an incorporated city was challenged in the Circuit Court. The 1st election was ruled invalid and all officials were said to be holding office without legal authority. There would be another election. The city was officially incorporated on April 29, 1960.

In December of 1960 a Planning and Zoning Committee was established to seek out a site for the new City Hall to be erected. The new firetruck was to be delivered soon and there needed to be a place for its shelter. The new firetruck cost about $14,000.  In 1962 the site for the City Hall was established and it was stated that it would be completed on September 1. It was located on Hueytown Road and the established cost was $110,000. It accommodates the fire station and police headquarters. On January 31, 1963 the City Hall was formerly opened. At its opening there was an open house, attended by over 1,000 people.  The population of Hueytown as of 2016 is 16,102.

In closing, no history of Hueytown would be complete without honoring the NASCAR family of racers that became known as “The Alabama Gang.”  Lead by NASCAR legend and multiple Hall of Fame inductee, Bobby Allison, the Alabama gang also featured booby’s Brother, Donnie, and family friend, Red Farmer.  Soon thereafter, Jimmy Means joined the gang of racing enthuisasts.  After moving to the Hueytown area in the early 1960’s, the racing resume of this group put Hueytown in the company of other racing meccas around the country.  The Albama Gang soon grew to include bobby’s sons Davey and Clifford along with fellow racers Neil Bonnett, David Bonnet and Hut Stricklin.  Through the 80’s and early 90’s their tenacious will to win and endearing personalities made them favorites of Hueytown residents and the racing community around the nation and beyond.  “Allison-Bonnett Memorial Drive is just one of the Hueytwon roads named in their honor.

Updated and edited by Hueytown Chamber of Commerce, 2017 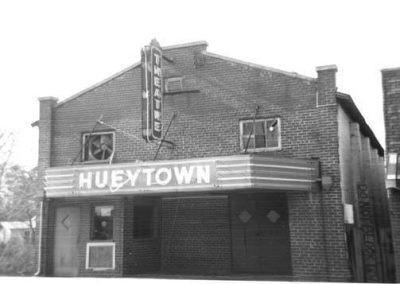 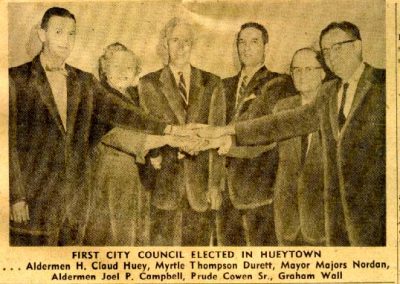 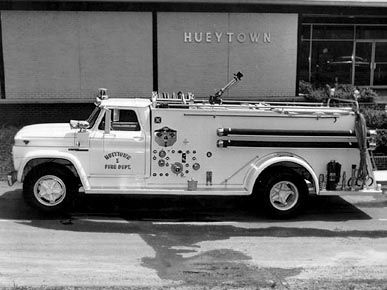 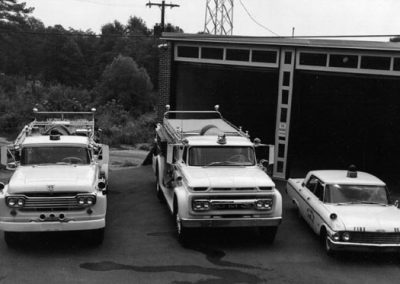 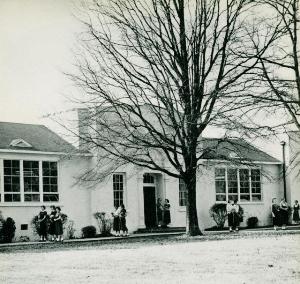 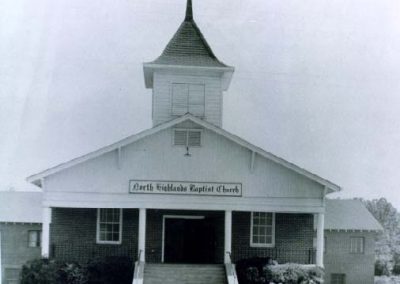 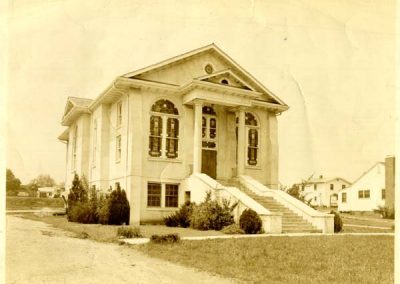 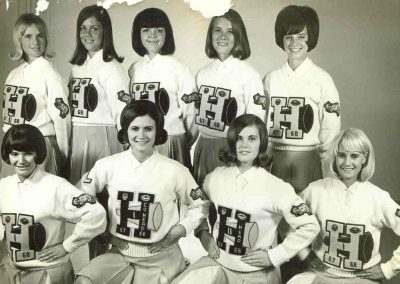 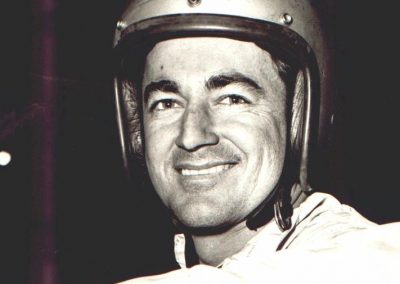 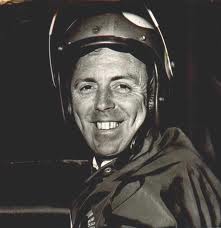 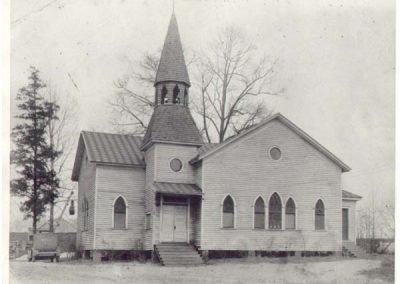 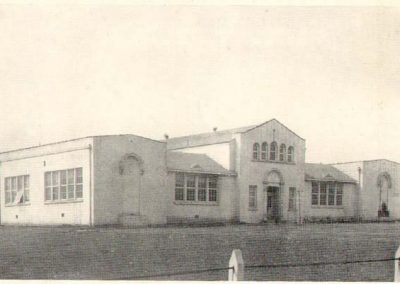 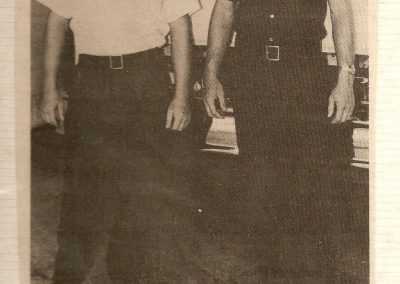 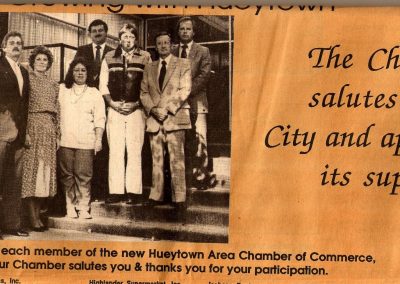 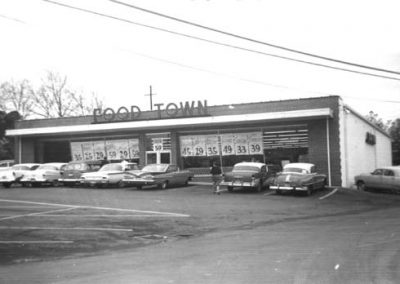 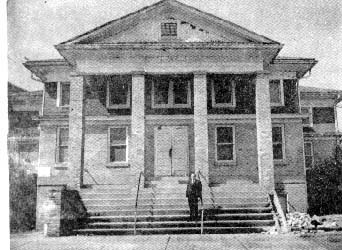 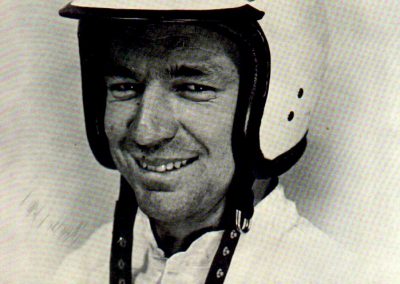